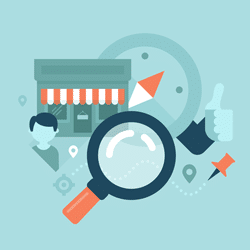 Since the beginning of SEO, marketers and business owners alike have been trying to crack the way Google’s algorithms work.

All the questions they’ve been asking inevitably boil down to a single one:

What criteria does Google employ to rank a site?

Before we unravel part of the mystery, first things first – the ‘’criteria’’ Google uses are called signals, and Google has around 200 signals to rely on when ranking a site.

On a more encouraging note, if you have been employing white-hat SEO practices for your site, it’s not that difficult to pass even the strict ‘’200 signals’’ test.

However, the appearance of a yet another signal can be somewhat disquieting especially if it affects your site. If you experienced a sudden drop in rankings in the past month, you probably wondered if anything went permanently wrong. The answer is – it absolutely did not.

What happened is that Google included Penguin as part of its core algorithm in September and this update affected the rankings all over the place almost immediately. Almost equally quickly, though, rankings started going up again. So what did actually happen there and what are the implications for the future?

Basically, the way Penguin works is not news. As one of the signals Google uses for ranking, it determines whether you are using black-hat link schemes to manipulate search rankings. While Google’s algorithms have always targeted webspam, there were some essential changes to Penguin that took the SEO race to a whole different level.

Luckily, the new Penguin update introduced some significant changes, and we can say they are for the better.

Google’s latest algorithm update Penguin 4.0 went down hard on everything that even remotely seemed like webspam, and it went down fast, which is why there was a sudden drop in rankings.

One of the reasons the rankings were able to go back up again are the new features of this year’s Penguin update. Interestingly enough, these features were actually introduced at the request of webmasters. While it definitely doesn’t mean Google has grown soft or in any way more lenient, it surely has its benefits.

It sounds terrifying at first, doesn’t it – having a watchful eye fixed on your site at all times. But in reality, this new feature is actually a positive thing.

By contrast, Penguin’s data is now refreshed in real time, meaning the algorithm will acknowledge the improvements much faster, immediately after the recrawling and reindexing. The result – the penalized site’s ranking will go up again much faster.

Penguin used to negatively affect the ranking of an entire site even if the spam signals were triggered only on parts of the site. Fortunately, Google now uses Penguin to devaluate spam on particular pages, rather than the entire domain.

The good news doesn’t end there, though. Since Penguin now targets specific pages, in order to get the ranking up again, webmasters have to improve the content, page layout, page load, responsiveness and other indicators of user experience on the affected pages only.

What would have they done in the past?

They would’ve employed the time and resources for some serious damage control on the whole site. Ouch. Luckily, there’s no need for that now.

The bottom line is this:

If you happen to make an SEO mistake on your site, Google will be able to punish you almost instantly. And yes, that’s pretty scary. On the other hand, the issue can be fixed almost equally quickly.

It’s high time everyone realized that Google isn’t going to tolerate any ‘’foul play’’. Negative SEO will now be punished severely and immediately.

Luckily, Google gave us plenty of insight into the things it values (and rewards), so we have a pretty good idea how to use that information for Local SEO purposes. Let’s just say that brand awareness and great content have never been more important. Stay tuned!