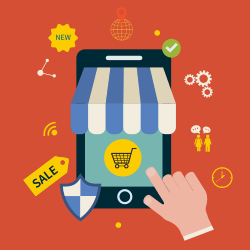 If we go back a few years, we pretty much saw this coming. Perhaps this is meant to be the final wake-up call for all those who haven’t got on board with optimizing their websites for mobile. Ever since the Mobilegeddon roll-out, it was obvious that priority will be given to mobile content over desktop – it was only a matter of time. Luckily, Google gave us plenty of time to adapt our strategies and see the benefits.

We’ll reveal some of the things we focused on when optimizing for mobile.

Nowadays, no one’s living in the slow lane anymore; we want everything and we want it fast. Site visitors are growing increasingly impatient when it comes to the speed at which a web page loads. If it’s too slow, they hit the back button, even if they were really interested in the content – it’s as simple as that. And FYI, when we say slow, we mean around half a second.

So here’s what we did.

Optimized images – Large images can seriously slow down the page load, which is why they were the first bullet point on our ‘’go mobile’’ to-do list.

Removed clutter from the code – We started pruning out all the clutter that didn’t enhance the functionality of the source code. By keeping our source code neat, not only did we increase page load, but also made it easier for Google spiders to crawl the pages.

Reduced redirects – We carried out a serious website cleanup and made sure we kept only the pages that brought value. We also kept redirects to a minimum.

For a while now, it’s been pretty clear that having a cool website with a bunch of fancy features that just look cute isn’t cutting it anymore. Search engine optimization turned from ‘’voodoo magic’’ to a standard that rules over your choices of website design. And the rule is simple: make it responsive and easy to use.

When it comes to mobile design, we had to go a step further.

We ditched Flash – Since you can’t really see Flash elements on your mobile, what’s the point of having them? Besides, Java can achieve the same effect without compromising page load.

We got rid of pop-ups – Pop-ups are notoriously annoying even on desktop, let alone on mobile. While they may account for a portion of lead generation on desktop, they are a flop on mobile. We weighed the pros and cons, and just like that – the pop-ups were out.

We shifted to the ‘’finger-friendly’’ design – This is all about making it easier for the user to navigate a relatively small page. We had to think about how to eliminate the possibility of accidental taps and other silly but frustrating things. It may sound like nitpicking, but the users were immensely grateful.

Content is huge for SEO – fact. While Google guys readily admit they adore high-quality content that brings value to the users, why is there so much great content that simply doesn’t rank well? Unfortunately, those great content writers simply don’t know a few simple tricks such as on-page content SEO.

Put simply, when we talk about optimizing content, we don’t mean just the content that appears on the page, but also the one that appears in the HTML source code, such as meta and title tags. By using a plugin like Yoast, you can optimize these tags, and help GoogleBots understand your page faster. And speed is pretty much what we’re going on about here.

To increase mobile visibility, we started optimizing features such as content, URL and tags (H1, title, meta, alt tags) for local by adding the names of the cities and states. Simple, you say? Does the trick nevertheless.

Despite the well-founded claims that mobile-first index is a direct result of user activity, some fear that Google might only partially be addressing user trends, while actually pushing the mobile activity agenda. We are yet to see how Google will manage to keep up the quality of the search results on both mobile and desktop.

Be that as it may, it’s not too late to get on board – Google said it themselves. The mobile-first index is going to roll out relatively slowly, so you should have just about enough time to start optimizing for local and/or make the necessary changes to retain good ranking.